The story of Mary and her angelic visitation is more than amazing. And how Mary responded to the angel Gabriel is something we should all learn. This encounter happened before Jesus was born, and it was this angel that told Mary of her son, who is the Son of God. Now without further ado, let’s get into the verses in Luke, chapter 1, starting with verse 26. It reads, 1“and in the sixth month the angel Gabriel was sent from God unto a city of Galilee, named Nazareth, to a virgin espoused to a man whose name was Joseph, of the house of David; and the virgin’s name was Mary. And the angel came in unto her, and said, Hail, thou that art highly favoured, the Lord is with thee: blessed art thou among women. And when she saw him, she was troubled at his saying, and cast in her mind what manner of salutation this should be. And the angel said unto her, Fear not, Mary: for thou hast found favour with God.” (Luke 1:26-30) So just as you may be frightened for a moment to see an angel of God, so was she. However, it comforted her to know that this messenger was sent from God and that she was favored by Him also. Now, just imagine if this happened to you. This would surely help you realize that God is happy with you and that you are saved. However, with Mary, God had much more in store for her than anyone else on this earth.

The story of this angelic visit continues with the news she receives about her future son. It reads, 1“and, behold, thou shalt conceive in thy womb, and bring forth a son, and shalt call his name Jesus. He shall be great, and shall be called the Son of the Highest: and the Lord God shall give unto him the throne of his father David: And he shall reign over the house of Jacob for ever; and of his kingdom there shall be no end. Then said Mary unto the angel, How shall this be, seeing I know not a man? And the angel answered and said unto her, The Holy Ghost shall come upon thee, and the power of the Highest shall overshadow thee: therefore also that holy thing which shall be born of thee shall be called the Son of God. And, behold, thy cousin Elisabeth, she hath also conceived a son in her old age: and this is the sixth month with her, who was called barren. For with God nothing shall be impossible. And Mary said, Behold the handmaid of the Lord; be it unto me according to thy word. And the angel departed from her.” (Luke 1:31-38) Wow, that must have been a lot to take in, but amazing in every word. Just for Mary to know in her heart that she would give birth to the Son of God must have really made her feel blessed. Now, because what the angel said and her response was right on queue, we will get into all that next.

Here are some great takeaways from what the angel told Mary. #1, Her son’s name would be called Jesus, for He is great and the Son of the Highest. #2, His Father in heaven will give him David’s throne to rule and reign forever. #3, His kingdom has no end. #4, He will be conceived by the power of the Holy Spirit and the Father. #5, He is holy and called the Son of God. #6, Nothing is impossible for God. All this is just a glimpse of what He is now and will be when He born. These characteristics, as we know now, because of what we’ve learned from the Bible is true about Jesus, our Lord, and Savior. Now just imagine how she must have felt when she got this news and realized she would be giving birth to God? Wow, that is a big task, but she was ready to take it on. What she said to the angel was very special and should be something we tell the Lord God regularly as well. So again I will quote what she said. It reads, 1“behold the handmaid of the Lord; be it unto me according to thy word. And the angel departed from her.” (Luke 1:38) This is exactly what the angel needed to hear. She didn’t need to fear her future husband, Joseph, being upset to long, for God had that all figured out also, with an angel appearing to him as well. You see, in God’s plan, all things work out for the good. The question is, are you willing to allow him to work in your life?

Let us pray:
Lord, my heart burns for You. All I want to do is praise You, God. Nothing in this life is more valuable than having Your presence with me. For that reason, all I need is You and my joy is fulfilled. The world cannot give me what I need, for I need more than temporary pleasures of the flesh, but love that never ends. Yes, God, You are my Deliverer, my Redeemer, my Savior, my Rock, my Firm Foundation, my Lord, and my all. How merciful, forgiving, caring, comforting, kind, loving, good, selfless, compassionate, are You, God, and much more. Truly, there is no one like You on the earth and the heavens. My faith is alive now because You are apart of it. I am not left alone, for I am guided each day that I seek You. You continually fill me with Your love, because of Your goodness and grace. It is with much appreciation for what You do in my life daily that I bow down and worship You. I give You the highest praise and am willing to do all things in Your mighty Name, Jesus. Be it unto me according to Your Word. I am ready to go out in the harvest and serve You. With all my heart, mind, and strength, do I love and cherish You, Lord. May this love flow from me and onto all people that I encounter. Then, can Your holy commandments be fulfilled in me and others that walk in their faith, while blessing others also. I love You, God. Thank You for coming down to save us from our sins. I give You the glory and honor, Jesus. Amen. 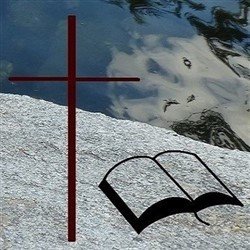